Why Lord and Lady Titles in England Are Popular Worldwide

The phenomenal success of Downton Abbey, the award-winning TV drama about the aristocratic Crawley family, attests to the public's fascination with Lords, Ladies and other individuals fortunate enough to possess nobility titles in England. As business magazine Forbes points out, the programme has been broadcast in more than 220 countries – 'an incredible feat' – and boasts a global audience of 120 million viewers. 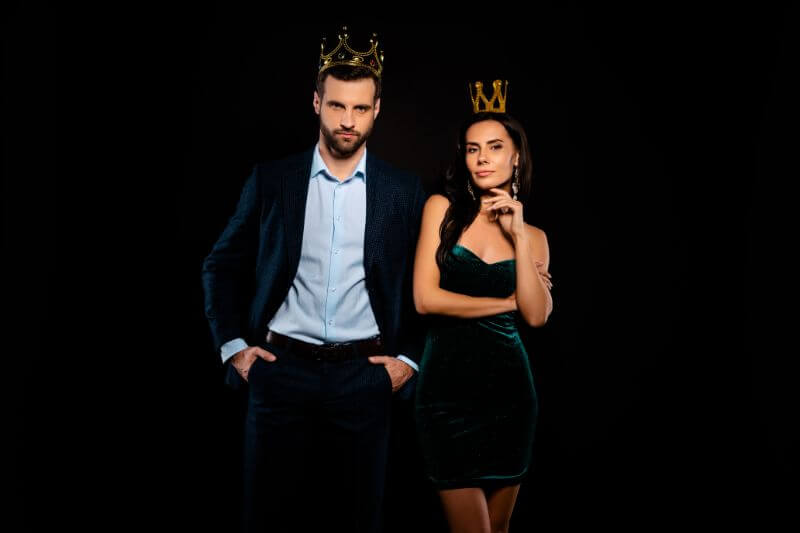 Downton Abbey's pedigree is impressive: it was created by screenwriter Julian Fellowes, who won an Oscar for Gosford Park (which also focuses on the bearers of Lord and Lady titles and other honours in England) and is himself part of the nobility. He's known formally as Lord Fellowes of West Stafford (a village in the South West that's just a couple of hours' drive from Dartmouth, the home of our decorative Lord and Lady seated titles) and also has a barony. His wife, Lady Emma, has worked for the Royal Family. Filming for Downton Abbey took place at a real country estate, Highclere Castle, where any Lord and Lady would feel at home!

Lord and Lady titles associated with England are immensely appealing. In fact, they're the most popular decorative titles among our clients. With our Dartmouth Seated Title package, you can legally become a Lord and Lady of historic Dartmouth for show purposes. This glorious coastal town has close links with elite society – here the streets are lined with listed buildings, princes train to be naval officers, the affluent sail luxury yachts, and stylish restaurants and chic boutiques abound.

Quintessentially English yet recognised all over the world, Lord and Lady titles suggest wealth, privilege, refinement, history, tradition and authority – they can't fail to impress! 'Lord' is defined by Collins English Dictionary as 'a man who has a high rank in the nobility' and possesses land, property and power (the phrase 'Lord of the Manor' springs to mind). The definition of 'Lady' indicates that the title is appropriate for noblewomen and evokes dignity and grace.

Lord and Lady titles in England are connected to the peerage. This elite group is composed of individuals with one or more of the following titles: Duke/Duchess, Marquis/Marchioness, Earl/Countess, Viscount/Viscountess or Baron/Baroness. The titles of Lord and Lady are special because they lie outside the hierarchy of the peerage, which places Dukes and Duchesses (who are often members of the Royal Family) at the top and Barons and Baronesses on the lowest rung of the ladder (though that's still a very nice place to be!).

Lords and Ladies are Peers and Descendants of Noble Families

Lord is regarded as a suitable form of address for Marquises, Earls, Viscounts and Barons. In addition, the younger son of a Duke or Marquis is called a Lord; when used in this way, the appellation is a courtesy title intended to show that the bearer is from a noble family.

Lady is an appropriate title for a woman who holds the rank of Marchioness, Countess, Viscountess or Baroness. It can also be used as a courtesy title for the daughters of Dukes, Marquises and Earls (you may remember that the offspring of the Earl of Grantham in Downton Abbey are called Lady Mary, Lady Edith and Lady Sybil Crawley). The title has another use, too. When a man receives a knighthood in recognition of his extraordinary achievements, he becomes a Sir and his wife a Lady.

Legally Buy Your Own English Lord and Lady Titles

Since 1998, we've been enabling clients to buy Lord and Lady titles in England for show purposes. While this isn't the same as joining the nobility, our Dartmouth Seated Title package lets you become a landowning Lord and Lady of Dartmouth – or whichever decorative title you choose. That's because this exclusive package includes a legal change of title (for example, from Mr to Lord and Mrs to Lady), plus a small land parcel in this beautiful part of England to act as your 'seat' or 'estate'.

You don't need to live in the UK to enjoy this service, and you can use your new, aristocratic-style titles on official documents.

People who've already benefitted from our decorative titles tell us they're 'well worth' buying, great fun and can lead to VIP treatment.

Order your Lord and Lady seated titles today – and enjoy them for a lifetime.