Why Dartmouth is 'the Real Star of the Show' on TV

If you live in Dartmouth or visit regularly, the sight of TV crews at work is bound to be familiar. For decades, the South Devon harbour town has provided a beautiful backdrop for a variety of British TV series. 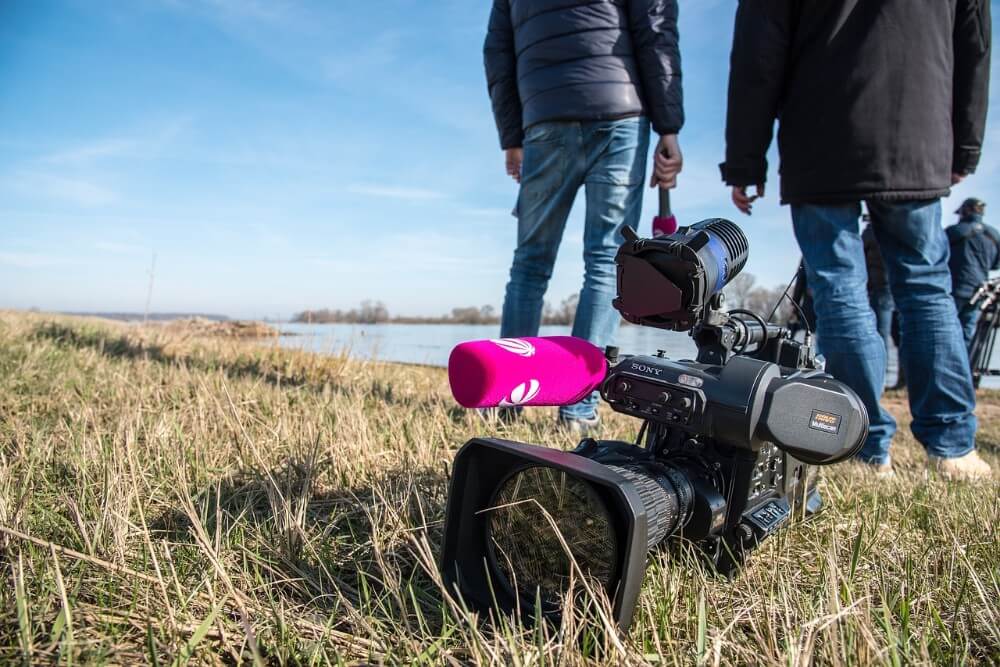 A particularly popular, recent example of a TV show filmed mainly in Dartmouth is The Coroner, a daytime drama broadcast on BBC One in 2015-16. The town represents Lighthaven, a fictional coastal resort dreamt up by The Coroner's creator, Sally Abbott. High-flying solicitor Jane Kennedy (played by Claire Goose, who shot to fame in another BBC series, Casualty) returns to her hometown to become Lighthaven's coroner. There she's surrounded by sun, sea – and sudden, unexplained deaths…

An Uplifting Setting for Dark Storylines

While The Coroner's storylines can be disturbing, Dartmouth's stunning natural beauty ensures that the mood is never too gloomy. Abbott estimates that 80% of the series was made on location in Dartmouth and elsewhere in the South West, showcasing one of the UK's most idyllic regions. As she emphasises, The Coroner brings viewers 'dark stories set against gorgeous locations'.

Dartmouth's unforgettable landscape and friendly atmosphere have drawn praise from the drama's crew. 'We wanted to feature Dartmouth as a major location as it's so beautiful,' explains the producer, Sandra MacIver. The town is clearly a wonderful place to make a TV programme, and MacIver points out that she and her colleagues have always been 'made very welcome by the locals'.

It's easy to see why The Coroner was chosen to become the first BBC drama filmed with 4K resolution cameras, which produce ultra high-definition footage. 'With Dartmouth especially, it's almost impossible not to produce a decent shot,' remarks Mike O'Regan, who managed the day-to-day aspects of making the series. He adds that, as The Coroner's most-used location, 'Dartmouth is the real star of the show'.

Familiar to fans of The Coroner is Dartmouth's Foss Street, which boasts boutiques and galleries, and a nearby beach, beautiful Blackpool Sands. The Grade II listed Old Customs House in Bayard's Cove (where America's Pilgrim Fathers dropped anchor) is transformed into the Coroner's Office for the drama. In front, on the cobbled quayside, Jane Kennedy sits on a wooden bench, drinking in the scenery and mulling over cases alongside an old flame, police detective Davey Higgins (Matt Bardock).

This isn't the Old Customs House's first time in the spotlight. It doubled as a registry office in the BBC's heart-warming drama Down to Earth (2000-5), much of which was filmed in and around Dartmouth. Over the course of five series, the programme charted the fortunes of three modern families making new lives for themselves on a Devon farm.

The longer Down to Earth was on air, the more Dartmouth became a focus. As its producer, Sharon Houlihan explained at the time, the show's feel-good factor was greatly enhanced by the fact that so many of the scenes were filmed in 'the sophisticated town of Dartmouth'.

Shortly before the penultimate series was broadcast, one of its stars, Ian Kelsey, enthused, 'We were shooting in Dartmouth on four separate occasions over the summer and I felt like I was going on holiday every time.' Kelsey was even tempted to follow in his character's footsteps and move to Devon: 'I have to admit [I] often find myself looking in estate agents' windows'.

From Acting in Dartmouth to Setting up Home There

Peter Gilmore and Anne Stallybrass, two actors at the forefront of the BBC's much-loved costume drama The Onedin Line (1971-80), which cast Bayard's Cove as the docks of Victorian Liverpool, did actually move to Dartmouth and spent many happy years there.

On screen, they played the ambitious James Onedin and his astute wife, Anne, who helps him to set up a shipping company. In real life, they married several years after the show ended, bought a Victorian property on Crowther's Hill and called it Onedin House. Dartmouth tourists can now rent the property as a holiday home.

Several years ago, the couple told the Dartmouth Chronicle that they 'fell in love with Dartmouth' when they first worked there. It is, they concluded, a 'very special town'.

Create Your Own Special Link with Famous Dartmouth

Broadcast around the world, successful TV series such as The Coroner, Down to Earth and The Onedin Line have helped to make Dartmouth as famous as their stars. If you have fond memories of shows filmed here, why not cement your link to this historic harbour town by becoming a titled Dartmouth landowner? It's much easier and more affordable than you might expect.

You can purchase a compact land parcel (20 cm x 20 cm) in Dartmouth and, if you wish, adopt an impressive, aristocratic-style title. Imagine being legally entitled to call yourself a Duke or Duchess of Dartmouth, for example!

Become a titled landowner in sophisticated Dartmouth today and enhance your lifestyle!