Thomas Newcomen: From Dartmouth Ironmonger to Father of the Industrial Revolution

Born in 1664, the inventor and ironmonger Thomas Newcomen is one of Dartmouth's most influential sons. Despite having no formal training in mechanical engineering, Newcomen developed the world's first practical atmospheric steam engine in the early 1700s. It proved that steam could safely be used to drive machinery and therefore paved the way for the Industrial Revolution, including the creation of the railways. As emphasised by The Newcomen Society, which is devoted to the history of engineering, the Newcomen engine 'led to the great industrial and technological achievements of the modern age'. 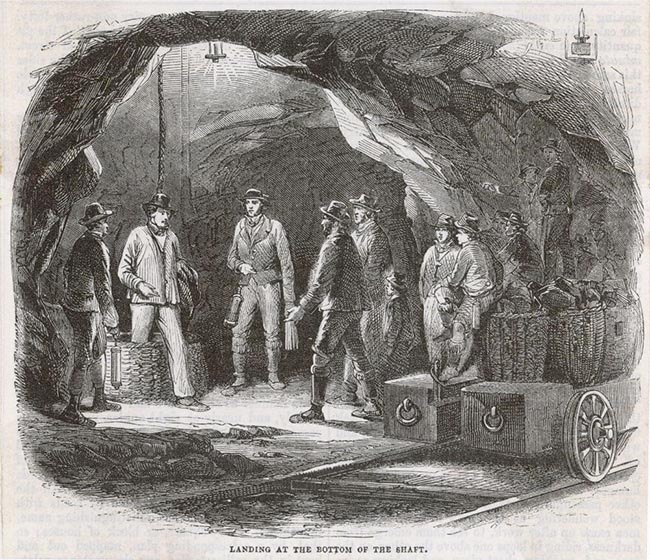 However, Newcomen didn't set out to change the world from his Dartmouth workshop. His aim was more clear-cut: to solve a problem that was endangering the lives of miners in Devon, Cornwall and elsewhere. Mining for vital raw materials, such as coal, iron and tin, was increasingly risky. With many seams near the surface having been exhausted by the late 17th century, miners were forced to dig further and further underground. Unfortunately, the deeper a mine became, the more likely it was to experience flooding, with potentially tragic consequences.

Mine owners had attempted to tackle the problem by installing manual pumps, as well as using pit ponies to haul buckets of water away from the mines; but those methods were labour-intensive and time-consuming. An effective, automated alternative was urgently needed to protect lives and livelihoods. Newcomen set out to design and build one.

Having worked as an apprentice blacksmith before establishing an ironmonger's shop in his hometown in 1685, Newcomen clearly possessed practical skills and problem-solving abilities (in fact, he repaired Dartmouth's town clock in 1704). What's more, he sold tools and equipment for use by miners, so he was familiar with the way mines operated. Nevertheless, the project Newcomen undertook – to create a pumping engine capable of keeping mines dry – was undeniably ambitious, and there was no guarantee of success.

Inspired by the work of another Devon-born inventor, Thomas Savery, Newcomen was convinced that steam would provide the solution. Savery had created a high-pressure, steam-powered pump, which was an important invention in its own right, but one with a major drawback: it carried a risk of explosion. Newcomen worked tirelessly to improve on Savery's design; the determined Dartmouth ironmonger spent over a decade developing and refining a safe, steam-driven pumping engine. He ensured his invention was viable rather than volatile by keeping the steam under low pressure.

Tremendous Demand for the Newcomen Engine

The animated diagram of the Newcomen engine featured on Wikimedia Commons shows how this ground-breaking machine worked. A coal fire heats water in the boiler, creating steam, which rises and lifts the piston, assisted by the weight of the pump on the opposite side. A water jet condenses the steam. The atmospheric pressure is now greater above the piston than below it. The piston falls, pulling down one side of the rocking beam. As a result, the other side of the beam, which is attached to the pump, rises and lifts water out of the mine. When the piston rises again, the pump drops back into the mine, ready to remove more water.

The first commercial Newcomen engine was installed at a Staffordshire mine in 1712. Dozens more were soon put to work across the UK and mainland Europe. Shortly after it was introduced, the prominent Cumberland mine owner Sir James Lowther described the Dartmouth ironmonger's ingenious machine as 'the cheapest, safest and best way of keeping the colliery dry'. He later praised Newcomen as 'a very honest good man'.

The ironmonger's achievements are still celebrated in Dartmouth, where you can see an original Newcomen engine in action. A plaque commissioned to mark the invention's 300th anniversary in 2012 calls it 'the engine that changed the world'.

The spotlight is shining on Dartmouth's famous son again, as The Newcomen Society is preparing to celebrate its centenary in 2020. Incidentally, that's when Dartmouth will celebrate the 400th anniversary of the arrival of the Pilgrim Fathers' ship, the Mayflower.

Become a Land-Owning Lord or Lady of Historic Dartmouth

Newcomen plays an important role in Dartmouth's rich history, and his influence is felt around the world. Our aim at BuyAPieceOfDartmouth.uk is to enable you to create a lasting link with this significant, stunning Devon harbour town.

With our Dartmouth Landowner package, you'll become the proud owner of a small land parcel (20 cm x 20 cm) close to the River Dart. It's a wonderful way to boost your status.

If you'd like to impress your peers by becoming a Lord or Lady of Dartmouth, choose our Dartmouth Landowner and Seated Title package. It enables you to legally adopt a presumed, aristocratic-style title (many options are available) and purchase a small land parcel.

Become a titled Dartmouth landowner and enhance your lifestyle today!