Warriors at Warfleet Creek: Dartmouth's Role in the Medieval Crusades

For hundreds of years, Dartmouth's deep waters have attracted large, important ships, encompassing everything from the Pilgrim Fathers' Mayflower to the Royal Navy's vessels. The historic town's reputation as an ideal port, with skilled shipwrights on hand and a plentiful supply of goods, was well established as long ago as the 12th century, when Dartmouth played a key role in the Second and Third Crusades. 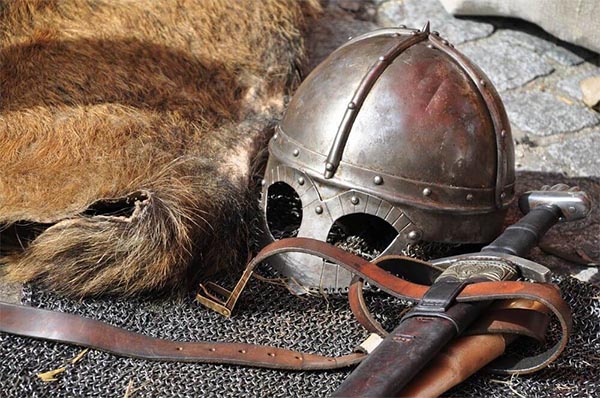 The Crusades is the name given to a series of wars in which armies of European Christians (known as crusaders) aimed to take control of the Holy Land, which was part of the Muslim empire. The crusaders had achieved their aim during the First Crusade (1096-99), but the Christian position had been considerably weakened by the 1140s. As a result, Pope Eugene III called for Christian knights and other fighters to join the Second Crusade of 1147-49. Christian forces were on the march again 40 years later for the Third Crusade, which lasted until 1192.

Near Dartmouth Castle, on the west of the River Dart estuary, you'll find a picturesque tidal inlet called Warfleet Creek. Today, the sheltered waterway, overlooked by lush green trees and attractive buildings, is pleasant and peaceful. As is clear from the stunning 360° view of the area created by talented photographer Ash Blagdon, it's a lovely place to spend a sunny South Devon afternoon. However, as its name suggests, Warfleet Creek has a lively past. It's where dozens of crusaders' ships gathered in 1147 and 1190 before heading off to battle.

The fact that Warfleet Creek and the waters close by it were chosen as the sailing point for thousands of soldiers, as well as warhorses, demonstrates medieval Dartmouth's growing importance as an international port. As By the Dart magazine emphasises, 'For all those going from the north of Europe, Dartmouth was […] the most natural point to assemble.'

A fleet of more than 150 ships (some estimates suggest up to 200) carrying around 13,000 troops departed from Dartmouth in May 1147, ready for the Second Crusade. Warfleet Creek proved its worth again in April 1190, when England's famous warrior king, Richard I (often called Richard the Lionheart), sent his fleet of 30-40 warships from Dartmouth to join the Third Crusade.

It's likely that the fleets were primarily composed of vessels known as cogs, which were widely used as warships by 12th century European nations. Each ship had only one mast, so it could be managed efficiently by a small crew, and a deep, rounded hull. Cogs often featured built-up, well-protected bows and sterns, from which arrows could be fired if the ships came under attack.

Surprisingly, the fact that Dartmouth possesses a waterway called Warfleet Creek isn't a direct result of its involvement in the Crusades. Around the time of the Second and Third Crusades, Warfleet Creek was known by the Anglo-Saxon name Welflut. The term 'flut' isn't the medieval predecessor of the modern English word 'fleet'; instead it means 'stream'.

The creek was later known as Walfleet, but as The Dartmouth History Research Group points out, 'not until the late nineteenth century was [its name] written Warfleet', in a clear acknowledgement of its connection with fleets of warships preparing for the Crusades.

Explaining the little-known origins of Warfleet Creek's name is an excellent way to impress your companions with your local knowledge if you happen to take a boat trip around Dartmouth!

Claim Your Piece of Historic Dartmouth and Enhance Your Status

This beautiful, sophisticated coastal resort has an incredible history – and our aim at Buy a Piece of Dartmouth is to make it as easy as possible for you to align yourself with it.

By purchasing a small land parcel (20 cm x 20 cm) near the river that carried the crusaders' ships out to sea, you'll create a lasting link with Dartmouth. At the same time, you can choose to adopt an aristocratic-style title to enhance your perceived social status. Imagine being legally entitled to call yourself, for example, a Lord or Lady of Dartmouth!