It's now 80 years since the Queen (known during her youth as Princess Elizabeth) visited Britannia Royal Naval College in Dartmouth, South Devon, for the first time. As Head of the Armed Forces, she has since made a series of royal visits to the historic harbour town and its naval training academy. However, the time she spent there in 1939 is likely to occupy a special place in her memory, as her future husband, Prince Philip, was one of the cadets. 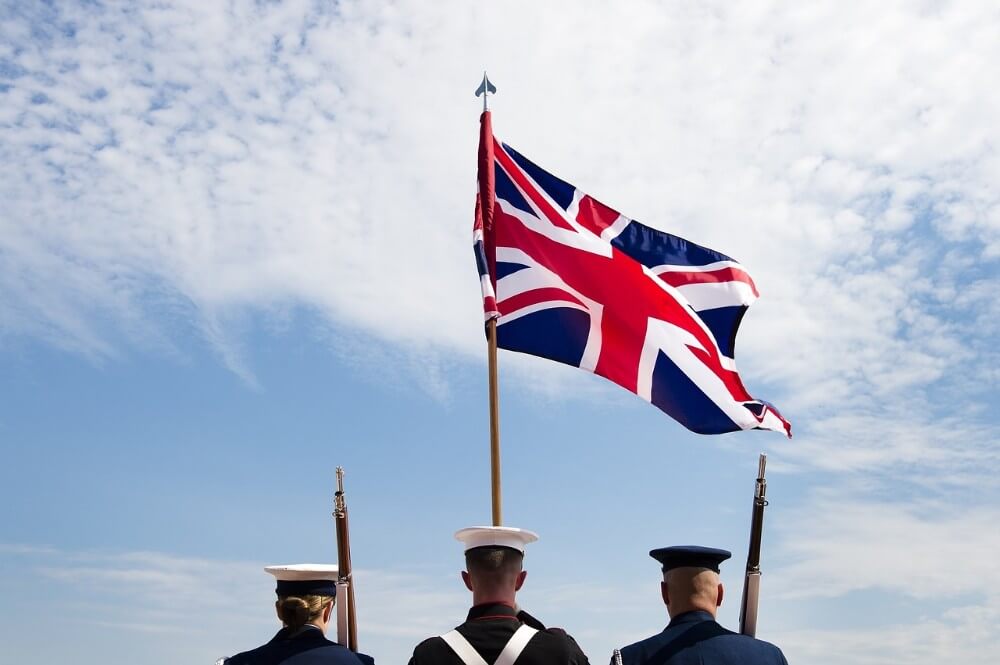 For a July day in Devon, the weather was unusually gloomy when 13-year-old Princess Elizabeth arrived at the naval college. She was accompanied by her parents, King George VI and Queen Elizabeth (later titled the Queen Mother), and sister, Princess Margaret, four years her junior. As a Dartmouth naval training graduate, the King knew the red brick and white stone buildings well.

Then as now, the naval college placed great emphasis on physical fitness; hence the King, Queen and Princesses were invited to watch gymnastics and swimming displays. Newsreel footage of the royal family's Dartmouth visit forms part of the British Pathé archive. Its narrator, acknowledging the unseasonable weather, describes the 'damp but happy' hours during which the King and his loved ones toured the campus. Look closely at the footage and you may spot Prince Philip, then a young man of 18, among the audience at the displays.

The Prince and Princess Meet for the First Time

The royal cadet, who was born into the Greek and Danish royal families, was formally introduced to Princess Elizabeth at the home of the college's impressively titled Commanding Officer, Captain (later Admiral Sir) Frederick Dalrymple-Hamilton. While the Prince and Princess had previously both been present at a number of other royal events, their encounter at Dartmouth is significant. It was their first official meeting and the first opportunity they had to get to know each other.

Prince Philip has recalled having 'a very amusing' time during the royal visit. He entertained the King's daughters with games of croquet and his talent for leaping over tennis court nets. (The Prince can in fact be seen playing croquet with Princess Elizabeth in a photo held by the Royal Collection Trust.) In addition to socialising with the royal family on land, the young man dined on the royal yacht, which had earlier sailed into Dartmouth Harbour.

The jolly time Princess Elizabeth and Prince Philip had in Dartmouth surely made up for the poor weather. It also laid the foundation for a firm friendship; they exchanged letters for several years. When the Prince graduated from Britannia Royal Naval College in 1940, he was named the best cadet on his course. He then served with the Royal Navy during the Second World War. By the time he and the Princess were in their twenties, their friendship had turned into love. They wed in 1947; Princess Elizabeth was crowned Queen Elizabeth II five years later. Today, she's not only the longest-reigning monarch in British history but also the longest married.

The Queen Recalls Her 'Many Visits' to Dartmouth

It's fitting that an establishment closely linked to Britain's heritage and role on the world stage was the first meeting place for the royal couple. Their portraits are proudly displayed at Dartmouth's naval college, the only academy of its kind in the country. Enrolling on its challenging courses is something of a royal tradition. When the Queen gave a speech in Dartmouth in 2008, she emphasised, 'My grandfather, father, husband and two sons have all undergone training here, and I have had many visits over the years.'

Addressing the graduating cadets, the Queen added that 'the principles enshrined in the training you have received at Dartmouth – including the over-riding rule of being true to yourselves – will become even more important in a fast-paced world'. Life has changed enormously since the Queen's first visit, but the naval college is as relevant today as ever.

Create Your Own Special Link to Dartmouth with a Seated Title

Wherever you are in the world, you can create a lasting link with regal Dartmouth by purchasing a small land parcel (20 cm x 20 cm) and, if you wish, adopting a decorative title. Imagine being legally entitled to call yourself a Duke or Duchess of Dartmouth, for example! Become a Devon landowner with a status-enhancing title and upgrade your lifestyle today!