Attractive and well-preserved, Dartmouth railway station stands on the waterfront in the historic South Devon harbour town. The station's wood panelling and decorative ironwork point to its Victorian origins (it was built during the late nineteenth century, replacing a rather modest hut). What's more, its paintwork retains the traditional Great Western Railway colours: stone and brown. 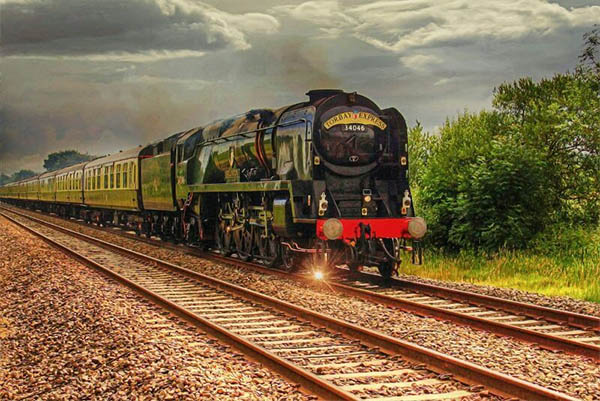 This Grade II listed building pays tribute to the golden age of British railway travel, when steam trains traversed the country. However, something significant sets Dartmouth railway station apart from all others: no train has ever stopped there.

Reaching the Station by River Rather Than Rail

In 1864, the area's original train line operator, Dartmouth and Torbay Railway (part of South Devon Railway), took the unusual step of connecting Dartmouth to the railway network via a ferry service from Kingswear station on the opposite side of the River Dart. Building the local railway line had thrown up numerous problems, due to difficult terrain (including marshland) and the need for tunnels and viaducts. Extending that line by building a bridge across the Dart would've been too challenging from both a financial and practical perspective. So the railway company put its faith in passenger ferries instead.

Improving transport links to one of Devon's most important, thriving towns made perfect sense, even if this had to be achieved in an unconventional way. Victorian Dartmouth found itself in a unique position: it was officially part of the region's railway network, but its station featured a floating landing stage rather than platforms and was reached by river not track!

Dartmouth railway station was certainly distinctive, and yet passengers were able to take advantage of the same kind of ticket-booking and parcel-processing services offered by any typical station at the time. Once the original, simple structure was replaced by a more suitable building in 1890, they had access to a proper booking office and waiting facilities too.

The station was popular with Dartmouth's residents and visitors alike. What's more, during the First and Second World Wars, special train and ferry services helped to ensure that members of the armed forces could easily reach Britannia Royal Naval College, which overlooks the harbour.

The railway station served Dartmouth well for decades, not closing its doors to passengers until 1972, when the railway to Kingswear became a heritage line. At that point, the building was purchased by a local family, the Hollands, who reopened it as the aptly named Station Restaurant.

In 2018, Dartmouth railway station was transformed again, becoming the Platform 1 Champagne Bar & Restaurant. Its vintage exterior, complete with original railway signs, is complemented by a crisp, modern interior. The clientele sip Pol Roger champagne while drinking in the panoramic view of the Dart and surrounding area.

As By the Dart magazine emphasises, 'there are not many places in the South West or indeed the whole country that offer a better view' than Platform 1.

Step Back in Time with Dartmouth Steam Railway

One of the best, most exciting ways to reach the stylish champagne bar is by travelling on the Dartmouth Steam Railway. It's like stepping back in time – steam trains run between the seaside resort of Paignton and Kingswear then ferries carry passengers across the Dart, just as they did over 150 years ago.

Dartmouth is famed for its glorious landscapes, and there are plenty of other stunning South Devon sights to enjoy during the journey, including Goodrington Sands (look out for the colourful beach huts), the secluded Saltern Cove and magnificent Greenway Viaduct.

'One of Dartmouth's most iconic buildings' is how local newspaper the Dartmouth Chronicle describes the railway station. This landmark provides a tangible link to the past in a South Devon town with a rich history.

At BuyAPieceOfDartmouth.uk, we're committed to helping you create a lasting connection with the town. In fact, we make it as easy as possible.

Our Dartmouth Landowner package offers you a simple way to purchase a small land parcel (20 cm x 20 cm) close to the Dart and thereby enhance your social status.

If you'd like to be legally entitled to call yourself a Lord or Lady of Dartmouth, as well as becoming the proud owner of a small land parcel, our Dartmouth Landowner and Seated Title package is ideal. What a way to impress your peers!