When local teenager Henry Bomby, a rising star on the British sailing scene, was preparing for his first major challenge ten years ago, he knew that he could count on the people of Dartmouth for support. Aged just 18, Bomby had decided to put his sailing skills to the test by single-handedly circumnavigating the country. Before he could set out, however, he was faced with a more pressing challenge: raising several thousand pounds for a suitable boat. That's where the historic harbour town, with its famous seafaring tradition, stepped in. 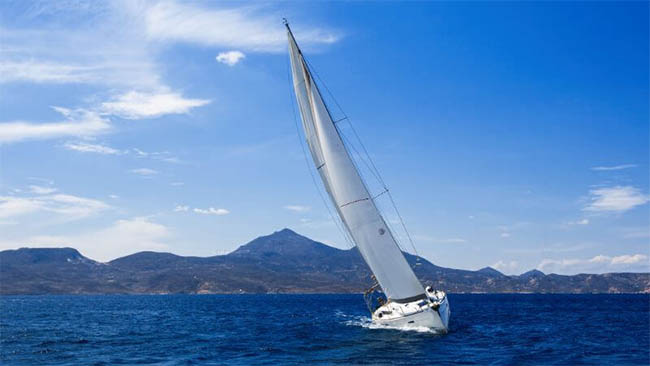 Keen to help the talented sailor fulfil his ambition, businesses in Dartmouth and the surrounding area offered financial assistance. Bomby's headline sponsor was The Seahorse, an award-winning restaurant on Dartmouth's waterfront. It's run by chef Mitch Tonks, a fellow sailing enthusiast who has become firm friends with the young man. The restaurant leant its name to the yacht purchased for the solo expedition.

Bomby also benefitted from Dartmouth's wealth of seafaring expertise. For example, with the help of the sailmakers at Dart Sails & Covers he produced his own sails. It's no wonder that an ITV News report described the town's support of Bomby as 'invaluable', adding that it 'spurs him on when he's out on the high seas alone with the elements'.

The kindness and generosity the sailor encountered made a tremendous impression on him. 'I received a huge amount of help and goodwill from the Dartmouth community, which I won't forget,' Bomby emphasised in By the Dart magazine. He praised Tonks as 'a great source of support', and the chef continues to play an active role in his career. In fact, Bomby has competed in the prestigious La Solitaire URGO Le Figaro contest in a boat named after another of Tonks's Dartmouth restaurants, Rockfish.

'When you're on your way around the world, I want to feel that a bit of Dartmouth and a bit of everybody is with you,' the chef told his friend in an uplifting video filmed partly in The Seahorse restaurant and partly during a South Devon sailing trip.

A Hero's Welcome in Dartmouth Harbour

Bomby returned from his voyage around Great Britain just in time for Dartmouth Royal Regatta. He received a hero's welcome – the most magical experience of the whole expedition. 'The big highlight was arriving back into Dartmouth,' he remarked at the time.

The spectacle recalled Team Philips' maiden voyage in 2000, when tens of thousands of well-wishers lined the banks of the Dart to admire the giant, £4 million catamaran. Team Philips, which was designed to help Devon-born sailor Pete Goss break records, featured the names of local donors. 'They're with us every step of the way', he said in the vessel's brochure.

Several years before Team Philips was built, Goss battled against a Southern Ocean hurricane to rescue fellow sailor Raphaël Dinelli during the Vendée Globe race. Following this act of astonishing bravery, he received an MBE from the Queen, as well as the French Légion d'Honneur. More heroic sailing by Goss in late 2000 saved Team Philips' crew during a freak Atlantic storm, which sadly destroyed the 135 ft-tall catamaran.

The Ideal Setting for World-Class Ships

Thanks to its deep waters, Dartmouth Harbour hosts an array of large vessels. Their passengers – often members of the social elite – enjoy the town's beauty and culture.

Dartmouth's sparkling waters and idyllic hills are the ideal backdrop for the super rich's superyachts. The stunning Cloudbreak (which boasts its own cinema) recently sailed to the town, as did Kamaxitha (where passengers sleep in staterooms) and Legend (with an on-board Balinese spa). Dozens more yachts flock to Dartmouth for the Classic Channel Regatta.

Residents are accustomed to the presence of luxury cruise liners too. The magnificent Sea Cloud II, with its towering masts, returns year after year. This summer also sees the arrival of the planet's largest private residential ship, The World, and Europa, which has won numerous awards for being the best cruise ship.

Last summer, Dartmouth, the home of Britannia Royal Naval College, was visited by an entirely different, though no less impressive, vessel: HMS Queen Elizabeth. The warship can carry up to 40 aircraft and is the biggest, most powerful vessel ever made for the Royal Navy.

Create a Lasting Link with this Spectacular South Devon Town

Perhaps you've sailed to Dartmouth in style, followed the adventures of local sailors or dreamt of gazing across the harbour. At BuyAPieceOfDartmouth.uk, we can help you to create a personal, lasting link with the fabulous town and its seafaring heritage.

Rest assured that all necessary legal fees are included in the price.