Agatha Christie's Greenway: 'The Loveliest Place in the World'

'A white Georgian house of about 1780 or 90, with woods sweeping down to the Dart below, and a lot of fine shrubs and trees – the ideal house, a dream house.'

That is how Dame Agatha Christie, the best-selling novelist of all time, described the South Devon country estate of Greenway, near Dartmouth, in her autobiography. The impressive mansion, complete with woodland gardens, was Christie's holiday home for decades. The Devon-born author had long been fascinated by Greenway; by 1938, aged 48, she had the opportunity – and sufficient financial resources – to purchase her 'dream house'. 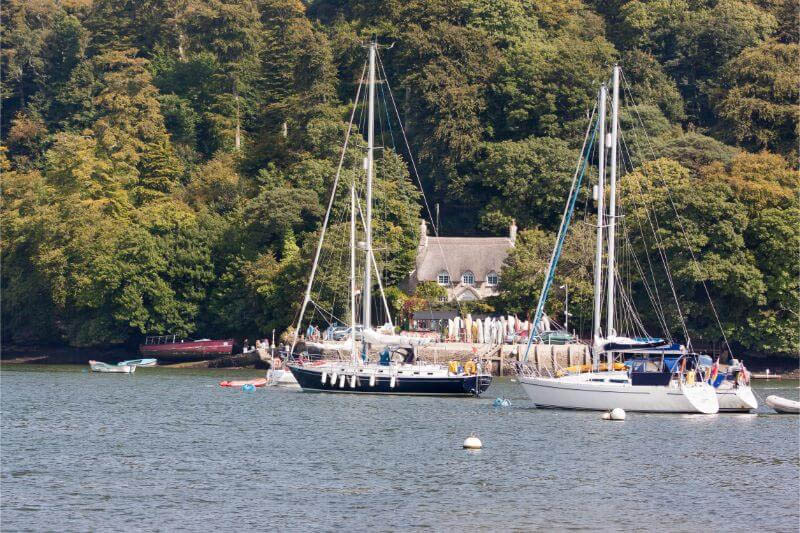 Christie (also known as Lady Mallowan) and her second husband, Sir Max Mallowan, children and grandchildren spent many happy summers and Christmases at Greenway. It was their hideaway, their haven, where the Queen of Crime liked to edit her ingenious stories before reading them to guests in the spacious drawing room.

A Stunning Sanctuary and Treasure Trove

When Christie wanted to leave her desk behind, she could while away the hours playing 'clock golf' on the lawn, relaxing by the fountain, and drinking in Greenway's breathtaking views. From the top garden, your eye is drawn along the beautiful river to Dartmouth.

As well as being a stunning sanctuary, Greenway is a treasure trove. The library's shelves are lined with vintage editions of Christie's much-loved books. What's more, the novelist and her relatives were enthusiastic collectors of paintings, silverware, china and more. In fact, they amassed more than 11,000 curios! Also on display are finds from Christie's husband's archaeological expeditions.

Today, the National Trust looks after the mansion, its contents and grounds (which feature a delightful boathouse, vinery and peach house). 2019 marks ten years since Christie's holiday home first welcomed members of the public. To celebrate this anniversary, as well as the mansion's cultural heritage, the first Greenway Literary Festival was held in the spring.

Greenway is an ideal place to visit if you're a writer or Christie fan. The estate and its surroundings provided the author with plenty of inspiration for her detective fiction, most notably her intriguing 1956 novel, Dead Man's Folly. The 'beautifully proportioned' Devon mansion at the heart of the story, Nasse House, is based on Greenway. What's more, one of its main characters, quirky crime writer Ariadne Oliver, resembles Christie herself.

Oliver enlists the help of one of Christie's most famous creations, the inimitable Belgian detective Hercule Poirot, when she suspects that Nasse's summer fête may end in murder.

Filming Poirot at its Creator's Estate

When ITV filmed Dead Man's Folly in 2013 as part of the hugely successful drama series Agatha Christie's Poirot, Greenway had a starring role. In one memorable scene, acclaimed actors David Suchet (who played Hercule Poirot) and Zoë Wanamaker (Ariadne Oliver) survey the sun-soaked property. 'I have been admiring the house,' remarks Poirot.

Like its glorious neighbour, Dartmouth, the setting for a variety of TV shows, Greenway is full of charm. 'Having the opportunity to film there was truly wonderful and a memory I will cherish,' Suchet emphasised in an interview for the Dead Man's Folly press pack.

Travel from Dartmouth to Greenway in Style

By travelling from Dartmouth to Greenway, you can enjoy some of England's finest scenery.

The Greenway Ferry service is popular – passengers travel on the aptly named Christie Belle! Another appealing option is Dartmouth Steam Railway's Round Robin, which includes a boat ride to Totnes, bus to Paignton and steam train to Greenway Halt station. You return to Dartmouth by means of another steam train and a ferry.

For Christie, Greenway was 'the loveliest place in the world'. Living by the magnificent River Dart, just like Dartmouth's lucky residents, clearly brought the novelist joy.

At BuyAPieceOfDartmouth.uk, we help you to create a lasting link with one of the most beautiful, historic areas of Britain, wherever you are in the world.

Our Dartmouth Landowner package offers you a simple way to take ownership of a small land parcel (20 cm x 20 cm) close to the Dart and thereby enhance your status.

If you'd like an aristocratic-style title (for example, Lord, Lady, Count, Countess, Sir, Dame, etc.) as well as a small land parcel, our Dartmouth Landowner and Seated Title package is for you.